Racal Acoustics have been providing specialised headsets for defence since 1911 and have developed specialist expertise in producing high quality headsets that meet the unique demands of the military environment.   Racal Acoustics is also committed to delivering increasing customer satisfaction and believes that supporting our customers to understand the science and technology behind their products is an important service. 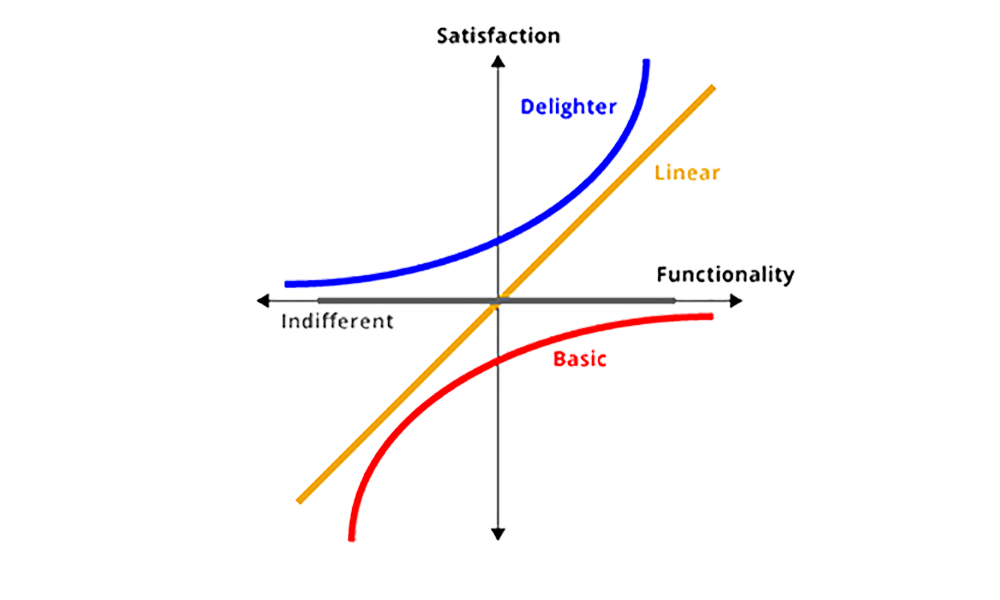 So, thinking about how customer satisfaction is driven by how well requirements are implemented, Kano, in his eponymous model [1] talks about so-called delighters, those best thing since sliced bread moments that we did not even know we wanted, but subsequently cannot live without and that every designer strives for in pursuit of a Steve Jobs-like moment of innovation.  The benefits of going digital is one such innovation as discussed in more detail by Racal in an earlier whitepaper [2].

That said, it’s also advancing along the linear performance dimension that equally drives improved customer satisfaction, through objective measures such as a better hearing protection, higher IP ratings or lower weight on the head to name a few.

Therefore, Racal Acoustics have produced a series of technical white papers to explain why defence hearing protection requirements are different, how they vary when in mounted or dismounted roles, what objective standards should be specified when procuring new headsets and the advantages of using digital active noise reduction to provide suitable hearing protection for the military.

This paper outlines the current minimum standards when specifying military headsets, what the unique hearing protection demands of the mounted vehicle role are and how to best to specify headset performance to protect users in the military environment.

What Makes a Good Headset?

When specifying a military headset there are some basic ‘must have’ requirements such as meeting MIL-810 [3] and MIL-461 [4] for environmental and EMC performance respectively; these tend to preclude COTS solutions and require MOTS instead.  In addition, the headset must be compatible with other soldier equipment such as helmets, body armour and weapons and most importantly, not present a physical or cognitive burden while remaining comfortable over many hours of use.

At Racal Acoustics we also understand that since a military communication headset’s primary function is a vital part of the audio communication chain, there are three inextricably linked requirements that the headset should critically fulfil namely: –

All these measures of performance are quantifiable using an appropriate standard, but it is the latter, hearing protection, which is the focus of this whitepaper.

What is the Hearing Damage Risk?

Medical evidence and military experience has shown that sustained and repeated exposure to high levels of continuous noise causes irreversible hearing damage.  When it comes to specifying hearing protection you first need to understand the nature of the noise source and particularly, how the noise level varies with time and frequency.  Handling some of the jargon involved with the subject of acoustics can be quite a daunting task; decibels (dB), sound pressure level, peak level, time weighted averages (Leq or Lavg), frequency weighting (A or C), frequency analysis (in octave or one-third octaves) but this can all be simplified.

Military noise environments are, by definition, more extreme compared with industrial situations.  It tends to be extreme because of generally higher continuous noise levels but also due to the presence of significant quantities of low-frequency content found in many tracked and wheeled military vehicles (or helicopters).  A typical noise spectrum, showing high levels of low frequency noise is shown in figure 2.

There is also the issue of highly impulsive noise sources for dismounted military, but that will be dealt with later in Part 3 of these whitepapers.

How to Rate Hearing Protection

There are three methods for calculating the noise level at the ear when hearing protection is applied. There is a legal requirement for manufacturers to supply the basic data for each of the methods which also requires you to have certain information about the noise source, specifically: –

The US have similar ratings to the UK & Europe and the equivalent of SNR is called Noise Reduction Rating (NRR).  There is no formula to convert from one to the other and NRR tends to be lower than a headset’s corresponding SNR since it is determined by a different standard [8].  The calculation of noise at the ear is also different, but it does follow a similar principle and uses real world de-rating factors.  Using the SNR method, the calculated noise level at the ear is given as,

All three rating methods are roughly equivalent in their accuracy and are applicable in most noise situations but there are exceptions, especially when the noise source is rich in low frequency content or has distinct tones, and caution must therefore be exercised when this situation arises.

This means that SNR, while good for comparing competitive headsets in a compliance matrix, may not be the best predictor of how it is going to perform in the real, military world.

Under such circumstances it is advisable to use the octave band attenuation method which requires an octave band analysis of the sound source; but this is often unavailable.

The H-M-L method also gives a better understanding, particularly of the low (L) frequency content, sub 500 Hz and only requires the A-weighted value in addition to the C-weighted noise level.  It’s likely that if you have one value it is relatively easy to obtain the other.

Let’s look at the following example of two similar headsets applied to recently published data for a Viking military vehicle [9] using the HSE hearing protector calculator [10] which follows the calculation methods of ISO 4869 -2 [11] .

On initial observation Headset A could be judged to be slightly better than Headset B when based solely on its SNR value.  Using the data from Table 1 and median vehicle noise values of 94 dBA and 107 dBC gives the following results.

Table 2, Headset A and B Comparison using SNR method

Table 2 shows that Headset A delivers a ‘real world’ level at the ear of 84 dB and adequate protection while Headset B is judged inadequate because it is just on the 85dB limit and would be discounted as a solution.  The real-world correction accounts for factors such as fit and headset condition but assumes that the headset will be worn 100% of the time in noise (the effect of removing it will be discussed in Part 2 of this whitepaper).

Table 2, Headset A and B Comparison using H-M-L method

The most accurate way to assess the potential effectiveness of a combined communication headset and hearing protector is by the octave band analysis method but this can be difficult to obtain the source data in a continually variable military environment.  The advent of single number ratings has sought to make the choice of protector easier but there are limitations to its use in a military vehicle mounted environment, which is rich in low frequency source noise, and therefore great care must be taken.  Hence, it is vital when specifying and procuring military headsets that in addition to using SNR comparisons, the H-M-L method is used to assess hearing protection performance to ensure military personnel do not sustain hearing damage due to unintended continuous exposure to low frequency noise.  All Racal Acoustic products have been designed with this military specific hearing damage risk taken into account.

In part 2 of this whitepaper, we will look at ways of improving hearing protection using digital methods and the detrimental effects of removing a headset while operating a military vehicle.

Back To All Posts